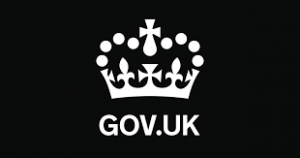 UK government formally commits to sprinklers in apartments above 11 m

Bron: EFSN
Today, 2 April, the British goverment published ‘A reformed building safety regulatory system‘. This document sets out the many changes that have been and will be made to address the shortcomings identified following the Grenfell Tower disaster in 2017. Among them the document states, ‘Following the Government’s consultation on Approved Document B, we will publish an update to Approved Document B that will include increased fire safety measures in high rise flats. This will include measures requiring sprinkler systems and introducing the provision of wayfinding signage in all new high rise flats over 11 m tall.’

In a ‘Dear Colleague’ letter to all Members of Parliament the Minister, Housing Secretary Robert Jenrick, states that the revised Approved Document B will be published in May. This announcement will affect new buildings in England. Scotland, Wales and Northern Ireland are separate jurisdictions. Wales already requires sprinklers in all new housing, while Scotland has announced that in January 2021 it will introduce requirements to fit sprinklers in all new apartments and all new social housing.